Architecture of the stone

Home › Architecture of the stone

Natural stone is a highly valued material, especially for construction. Many reasons drive us to use stone instead of other materials, one in particular responds to a current sensitive issue, that is ecology. Natural stone is a building material found in nature: no energy is needed for making it, only quarrying and processing it involve energy consumption, but in a small amount in comparison with other building materials. Stone is extracted from small quarries without using too much explosive. Stone processing residues can be directly used for filling up quarries where it is extracted.

In the lifecycle – extraction, processing and disposal – nothing is thrown away. Natural stone is environmentally compatible, does not contain contaminants which might cause harm to health. It can be safely used for areas where food is handled, it is not combustible and it does not release unhealthy substances in the event of fire. Moreover, natural stone is fascinating, various, it can be customized, it ages well and it is three-dimensional: you can produce stones in whichever solid form or any plate size you desire. Interesting light and shadow effects are obtained thanks to grooves carved on the stone surface. Also, stone has an attractive price, it is favourable in terms of physical properties and guarantees long lifetime. In particular, our local stones are excellent materials with great potential.

Palaces, villages, squares, streets… all speak the same language which we can still read and decipher. What we want to do is understand the beauty and the creativity involved in using the Belluno stone, so that it is used and given value in the future, in an intelligent, aware and – why not? – creative way. Local firms working this stone are developing valuable projects and precious creations. Following, a collection of some examples on the uses of Belluno stone in the local architecture which compares old knowledge about construction and new interesting ideas. 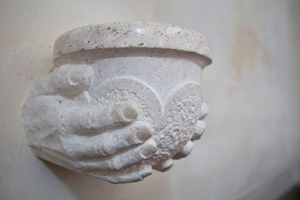 Purity and elegance of a white stone.

Uses of Cansiglio stone in architecture. 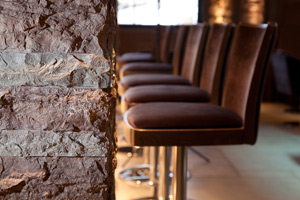 A material of ancient beauty.

Uses of Castellavazzo stone in architecture. 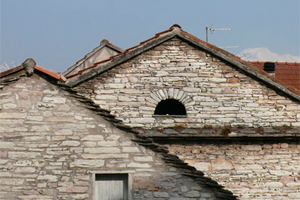 Uses of Cugnan stone in architecture. 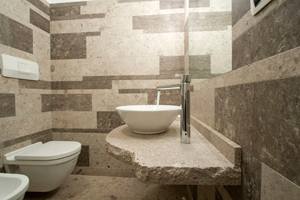 A material as important as its name.

Use of Dolomite stone in architecture. 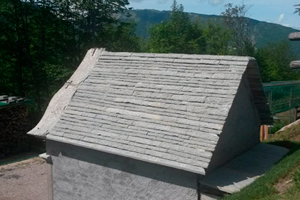 Uses of Lastreghe stone in architecture. 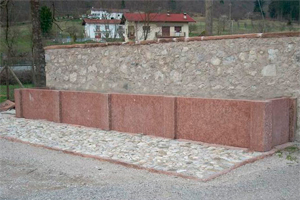 Go to News and download the publications on Belluno stone