A stone with manifold uses

Purity and elegance of the Cansiglio stone

Caio Flavio Ostilio and his wife Domitia’s sarcophagus, now in Palazzo Crepadona (Belluno), was made in Roman times and with Cansiglio stone. This testifies tha Prandarola quarry (near Pian Rosada) was already operating and in fact the extracted stone has been widely used for its characteristics in the following centuries. Outside Belluno Civic Museum the capitals made in Cansiglio stone are another historic example. Cansiglio stone is a white limestone with more or less fine grain, it has good mechanical and working characteristics, it is antifreeze and does not absorb water.

Today there are two main quarries: in Tambre d’Alpago, there is a quarry pit where talc for pharmaceutical use is extracted and; in Col delle Fratte (Pianon) the bianco di Pianon (Pianon’s white) is extracted. The latter is a stone similar to ancient Cansiglio stone, ivory white and well workable. The stone is extracted by Grigolin. Uncoloured marbles, such as Cansiglio stone, are rich in pure calcium carbonate, which is used by a wide variety of industries, such as food and medical ones. Marble powder is also a component in colorants and varnishes, in toothpastes and plastics and is also used in papermaking industry, together with kaolin.

Whole uncrushed pieces for industries are cut in blocks by Uberti Marmi, who cuts the hugest erratics in the quarry, which, once cut in big blocks, are then sawed in plates and shims for interior fittings, such as worktables, bathtubs, basins, design objects and floors, but also for outdoors, such as façade elements, thresholds, windowsills and floorings.

In Alpago, you can still find erratics known as “pietra canterina” (“singing stone”) with very fine grain, suitable for sculptures and artifacts. When interesting pieces are found, they are set aside for local artists. Master Franco Fiabane is one of such artists, one of the greatest lovers of this stone, and he has been carving it for over 60 years, giving us magnificent sculptures, like the Via Crucis in Madonna di Lourdes Church in Nevegal. He loves calling it “pietra di Sant’Anna” (St. Anne stone), named after the village where it was once quarried. 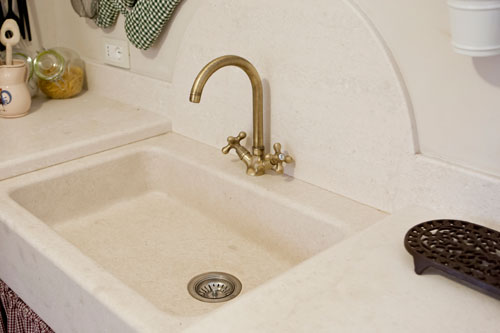 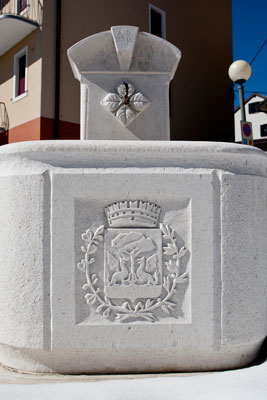 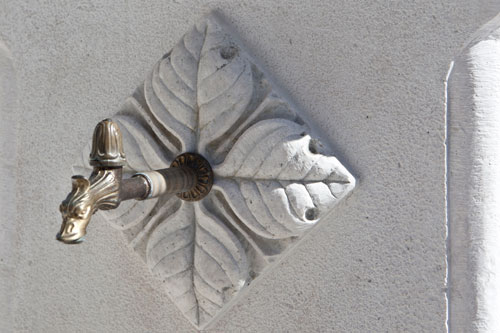 Detail of the fountain representing a rhombus decorated with leaves and hand-worked with chisel. Spert d’Alpago square. 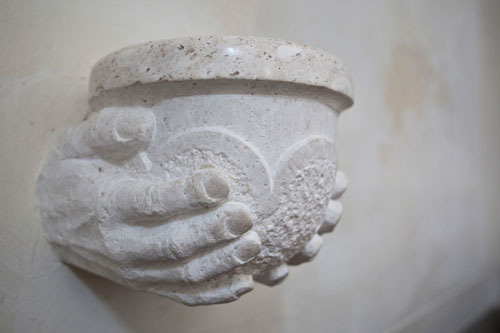 A PRECIOUS COAT OF ARMS 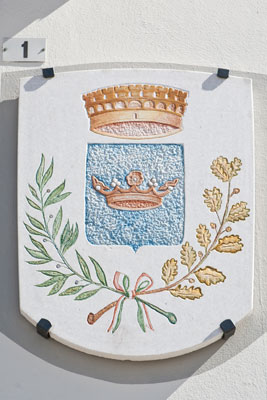 Coat of arms of Tambre municipality. 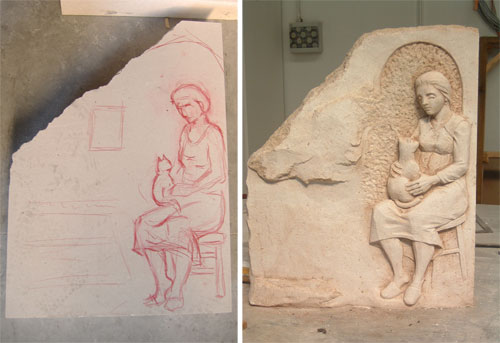 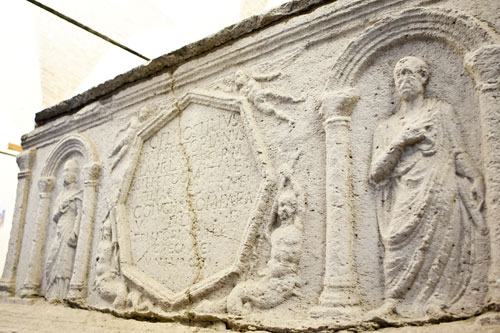 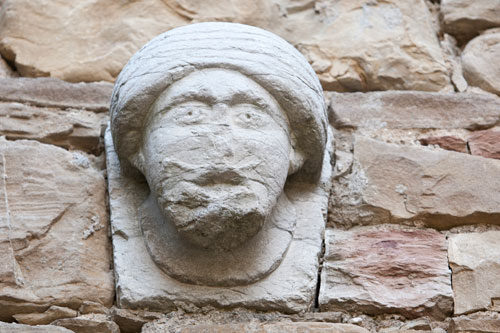 THE OLD SUPPORTS THE NEW 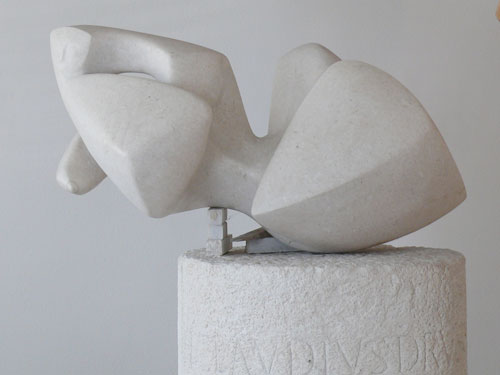 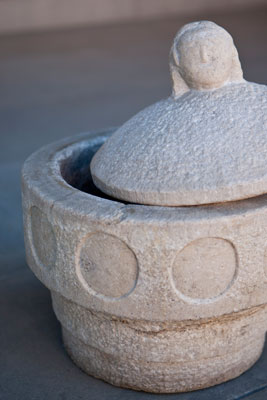 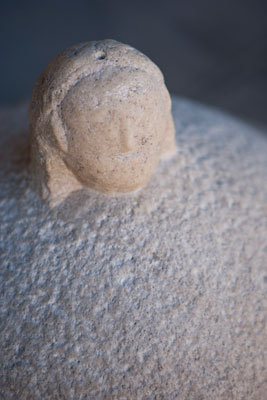 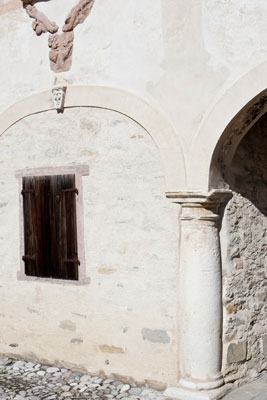 Details of the Alchemist’s house façade in Cansiglio stone, late baroque. Valdenogher. Notice the bas-relief in Rosso Secca, above the arch. 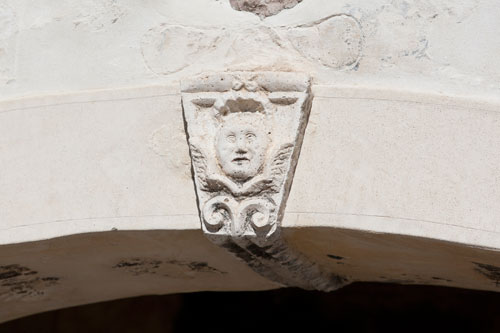 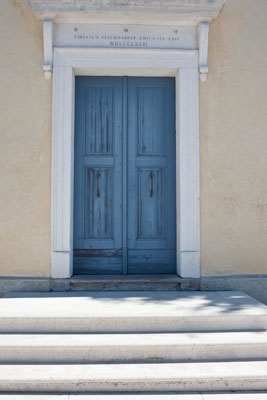 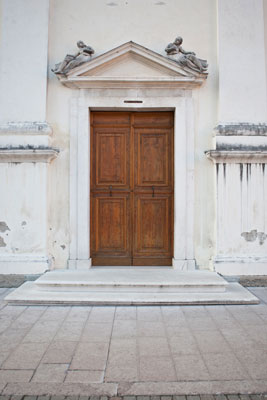 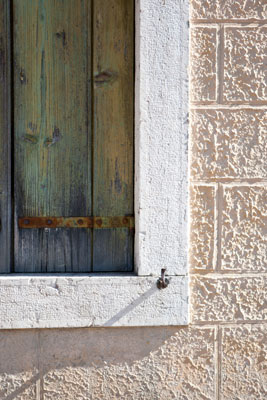 For an analysis of the features of the material go to the Cansiglio stone technical page.