If we take a walk around Cugnan village, we can admire houses made of stones, built many years ago, in accordance with rural house typologies. Village houses tell stories. Walls were made with what you had: ordinary stones found in the surrounding alluvial or morainic deposits; noble stones were specifically used for windowsills, thresholds, jambs and roofs. Bigger ashlars were used for foundations and the ones with regular shape and length for corners. If the village was close to a quarry (perìna) regular-shaped rough-hewn stones could be used. The typical section of the walls was 45-50 cm thick, made of materials with heterogeneous shapes and dimensions. At the bottom, thicker (60 cm) stone courses were laid, which functioned as foundations. The quality of the construction of the foundations was very variable, depending on workers and material employed.

The most common structures were: common walls, without courses and with regular stones; irregular common walls with stone courses; square ashlar walls. Walls were sometimes tapered the higher you built, yet this was not a common building rule. Plasters and mortar beds were made of lime, produced in local calchère (lime kilns), and of clay aggregates. Today we can still understand which materials were used for building construction: they are full-fledge memory mosaics.

Cugnan stone is a natural sheet stone entirely made of limestone. It has a very fine grain, it is light bluish-grey coloured and has some light yellow stripes resulting from oxidation occurring during the lithification process of iron present on the stone surface. A natural decolorization which makes the stone particularly valuable and rare.

Nowadays it is mainly used for floorings and walls, in particular dry-stone walls and external coatings, because of its resistance to atmospheric agents; it is variously finished: bush-hammered, brushed, naturally split, sliced for walls and similar. It was also used for historic and architectonic restructurings in the Triveneto area: De Gusto restaurant – historical building bound by the heritage protection authorities – in Levego was restored with Cugnan stone for the outdoor flooring and with grey Castellavazzo stone for the stairs. The new indoor floor was restored with Cugnan stone, with an aging finish. Cugnan and Rosso Secca are quarried by Bertagno Angelo s.r.l. who for years have been processing and making these natural stones appreciated. 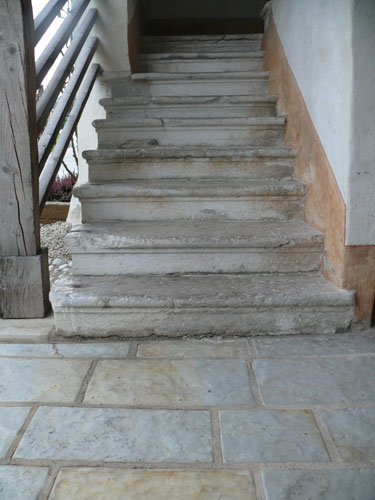 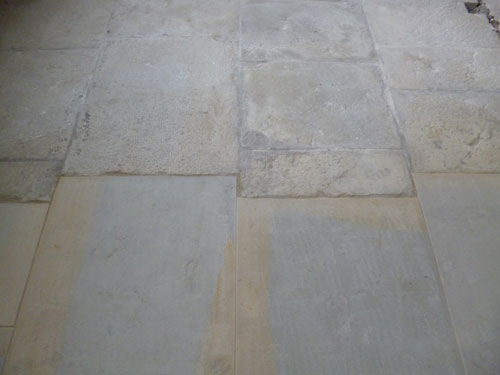 THE SQUARE IN DETAIL 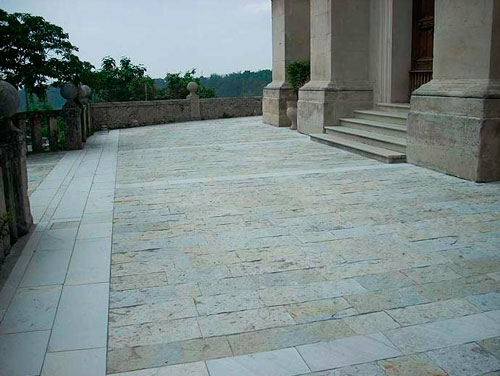 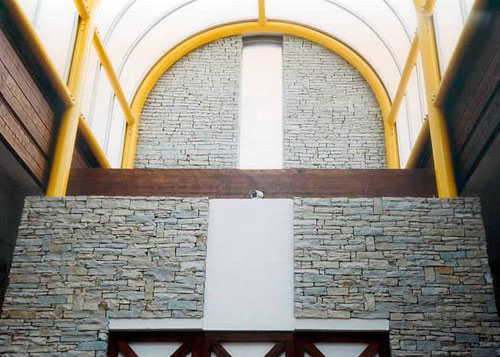 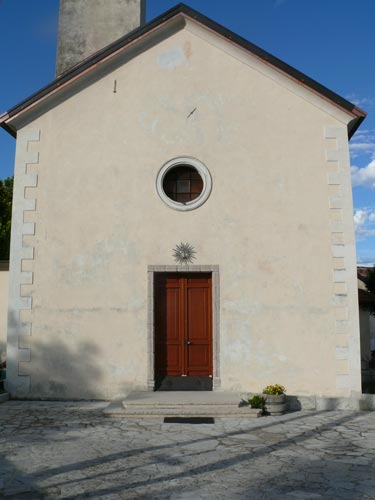 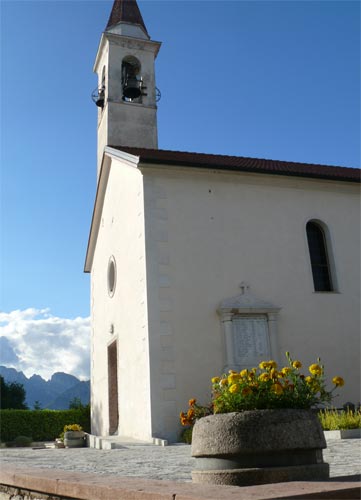 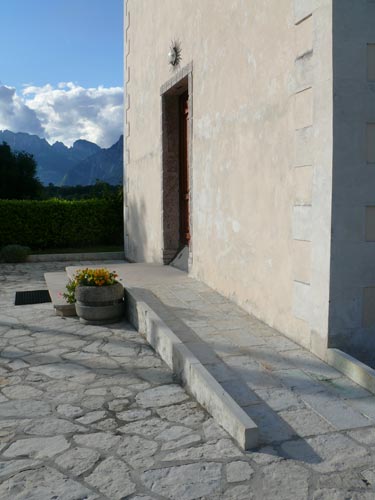 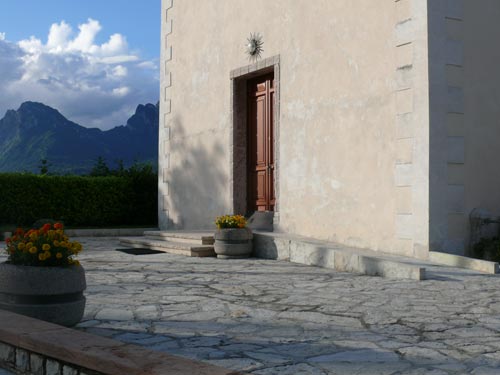 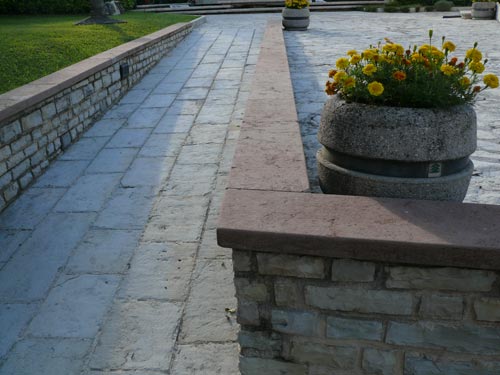 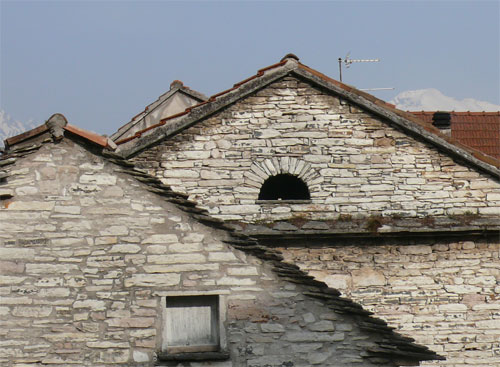 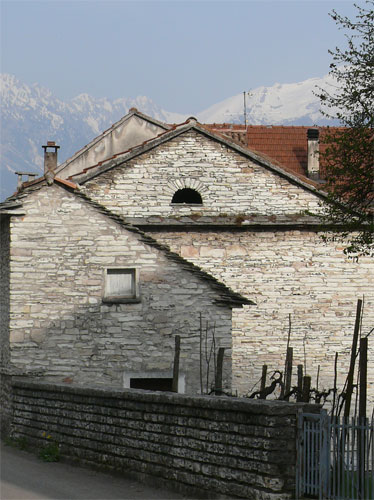 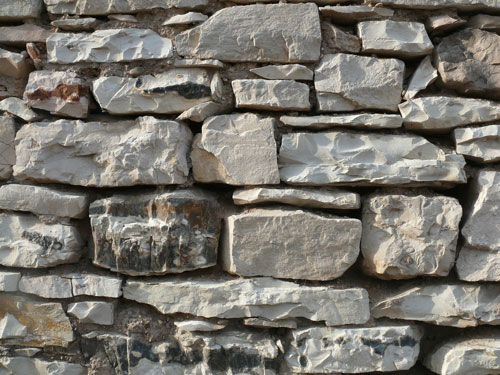 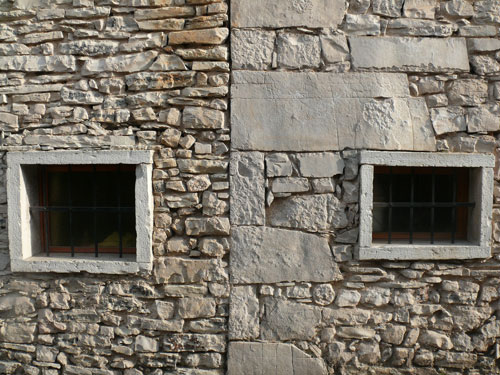 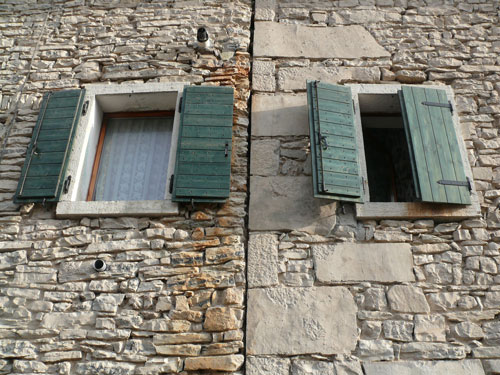 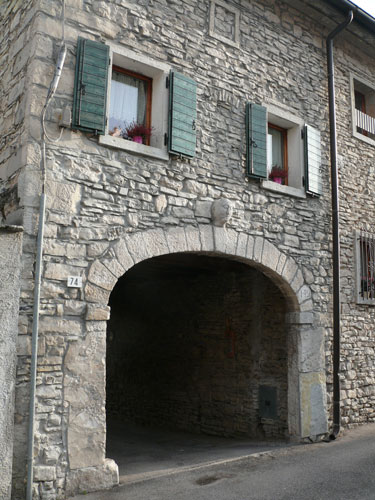 For an analysis of the features of the material go to the Cugnan stone technical page.