A path sculpted in time

Many writers and documents have dealt with the various typologies of the Belluno stone through the centuries. Among them the most notable and interesting examples are Lucio Doglioni and Angelo Guarnieri, because of the way they treat the subject and because of quality of information.
Above: Castellavazzo stone portal with bosses bearing the Bishop Andrich’s coat of arms; Belluno Cathedral, northern façade.

The above-mentioned are very recent formal statements, but they were preceded by centuries of recognition: these formations began 90 billion years ago when the alpine folding emerged after marine sedimentation begun 300 billion years ago; also, since ancient times diverse typologies of stones have been used by men guided by a kind of inclination, instinct and natural sensibility towards available raw materials. In the Belluno area, too, the first uses of such stones were for making subsistence tools and for natural colouring: one example is the site where flint-stone was quarried and worked near Campon on Mount Avena, datable to the Palaeolithic times (between 50.000 and 27.000 years ago), which is considered the oldest human settlement known in the Belluno area. Another example is the hunter’s grave in the Cismon valley (about 14.000 years ago) enriched with stones bearing geometrical-schematic and natural motifs, a prehistoric artistic expression linked to spirituality and to the veneration of the dead, aiming to wish for a better passing on to the afterlife, honouring the dead’s physical and moral qualities. If the ancient Veneti left stone relics linked to the necropolis (for example, the well-preserved site in Mel), the Romans broadened the range of uses made of such stones in Belluno area. At the beginning the area attracted the Romans for its iron and copper reserves and later Belluno became a Municipium in the first century AD: the area was reorganized in pagi (administrative district) and vici (villages) as the Nero stele in Castellavazzo testifies, which might be linked to the Nero reform (58 AD) which exempted transport ships from paying taxes: hardly a small rule for a community which traded goods by inland navigation, as it was in the subsequent centuries for the zattieri on the Piave River. The Romans had a systematic, organized and smart approach towards quarrying and processing: they had a body of stone cutters divided into lapidarii – who had to prepare and install the material – and lapicidae – who carved the inscriptions –, which was ruled by a Collegium fabrorum. Thanks to this organisation and to its value, the stone and its production became one cornerstone of the economy in the Piave basin, as it is testified by copious epigraphic and artistic testimonies: one example is the famous Flavio Ostilio Sertoniano sarcophagus (3rd century AD, now in Palazzo Crepadona, p. 32) found in 1486 while excavations for St. Stefano bell tower foundations were being conducted; other examples are gravestones and funeral and political inscriptions. Stones were also used for landmarks and milestones (for example the milestone found in Cesiomaggiore on Via Claudia Augusta Altinate), urban divisions and road paving (for example the ones in the archaeological site in Feltre), aqueducts and bridges, but also architectonic elements like capitals and entablatures of buildings with civil and religious functions, aqueducts and sewers. In this period, the Alpago Biancone stood out, a white limestone recalling the travertine covers of Rome, because Rome wanted to give homogeneity to all the Empire through architecture (for example, the capital found near Porta Dante in Belluno).

In the Middle Age and in the subsequent period, Roman remains were reused for new buildings and for restructuring old ones to give them importance and austerity by using the antique fragments. Belluno stone experienced its golden era under the Venetian Republic, which exploited the territory as a basin for raw materials, as the Romans had done before. The Republic also had more magnificent trading ideas: interest in Belluno stones was due to construction operations spread throughout the Republic and in effect not only do we find stones from Castellavazzo, La Secca, Losego and Cugnan locally, but also in Venice and in other towns of the Stato da Terra (the mainland) in pavements and floors in palaces and churches, arches, capitals, architraves and windowsills. The reason these stones were so widespread is simple and ingenious: the quarried material was easily transported to the Piave River and loaded on rafts in the ports along the river and so it easily reached the Plain and then the Lagoon. Between the 15th and the 18th century the Castellavazzo stone became prestigious because of its chromatic varieties which combined red and grey, as you can see in S. Stefano Church in Belluno, by the master stonemason Giorgio da Como. The stone was also appreciated for its mechanical strength and resistance to atmospheric agents, which made it possible for it to be used for important outdoor architectonic operations: column bases, corbels and shaped plates of the Rettori Palace in Belluno; the 16th-century rebuilding of Porta Dojona; the 18th-century construction of the cathedral’s bell tower designed by architect Filippo Juvarra. The Castellavazzo stone was also appreciated for its aesthetic potentiality: different tones and tricks of the light were obtained by various finishes, like polishing, chiselling, bush-hammering, rough-hewing.

The 17th century saw the development of the regulations on stones and quarries with the institution, in 1665, of the Deputati sopra le Miniere (Deputees on Mines) by the Consiglio dei Dieci (Council of the Ten). This was a board of magistrates supervising management and control of every subsoil product as well as of furnaces for lime, bricks and crockery production. This raw material was state owned and its quarrying was legalized by way of investitures conferred by the Deputati and payment of the decima minerale, a tax on the raw material. In Belluno, the Venetian government introduced the partiti instrument, that is, tenders for the collection of the decima given to private functionaries appointed by the Deputati who also had to ensure that the work went on as expected. The link between mines and stones is shown by Agordo and the Valle Imperina, site worked by the Crotta family since the second half of the 17th century.

The site reached a considerable dimension in the 18th century, producing half the copper requirements of the Republic. The Crottas joined the ranks of the Consiglio dei Nobili in Belluno and Alessandro finished his dwelling in Agordo in 1692, enriching the garden with statues made of Cencenighe’s Dolomite stone, also used in the buildings.
At the beginning of this paper, we had already analysed the 19th-century testimonies on the importance of such stones, also testified by the 1891 dossier Statistica industriale. Notizie sulle condizioni industriali della Provincia di Belluno5 by the Agriculture Ministry, which lists 61 quarries on the territory of 18 Municipalities. These employed 571 qualified workers, who maintained an ancient tradition which right in that period between the 19th and the 20th century was about to go through a technological change: manual work was being substituted by explosive and automatized equipment.

The 20th century saw a change and somehow a decline. The first post-war period was characterized by the formation of consumer and worker cooperatives, growing out of associations of bricklayers and stonecutters. Two examples are the Società Anonima Cooperativa (Anonymous Cooperative Society), founded by Bolzano Bellunese sandstone quarrymen and stonecutters “to provide for material and moral wellbeing, to redeem all the existent quarries in the area, to exploit and directly manage them”; and the cooperative worker society La Libertà (Freedom) which started quarrying the Dolomite stone in Maseròz (Cencenighe Agordino) by way of automatizing stone transportation via a cableway which carried the rocks downstream. These cooperatives soon became craft leagues, and the workers’ movement became organized into more advanced and more motivated unions. One example: the stonecutters and workers in Soccher started a demonstration for their working conditions in September and October 1922, when they were working on the railway bridge in Cadola, when the opening of such way between Vittorio Veneto and Ponte nelle Alpi could redevelop the local stone trade, exploiting a new form of transport different from river and road transportation.

A number of quarries ended their activity in the first quarter of the 20th century: Losego quarry was then reopened after the Second World War, but only the Ribe site, to quarry stone for house building. Nevertheless, the secular tradition did not get lost: Losego stonecutters were employed in other places, in quarries as well as construction sites. During the Fascist era, according to the principle of autocracy and appreciation of tradition, local activities were redeveloped and stone quarries and furnaces in Valbelluna were given new importance. For example, Soccher and La Secca stones were used for works in the hydroelectric system of Santa Croce Lake and in the hydroelectric plant in Fadalto, which was made of stones from Soccher and from the Mount Dolada slopes, near Soverzene. During the war a number of local firms were classified as “war-material Producer”, for example Fant in Bolzano Bellunese which supplied ILVA and ANSALDO – steelworks producing weaponry, cannons and panzers – with grindstones. In the period following the Second World War, stonecutters associated again: the most important action was the founding of the Cooperativa scalpellini e cementisti del Piave (Piave’s stonecutter and cement mixer cooperative) on February, 13th 1957.

Their aim was to quarry and work every kind of marble and accept any order the members could carry out. However, this did not lead to the results hoped for. Contradiction characterised this period: on one hand, people wanted to abandon the past and modernize the stone industry, on the other hand enterprises were born which succeeded in giving new value to the tradition and to the local products.
One example: Fant firm in Libano grew so much that it employed 150 workers who made grindstones for mechanical workshops, agricultural consortia, hardware stores, blacksmiths, steelworks, knife factories and became important on foreign markets from the Czech Republic to Sweden, Iran, Iraq and Egypt for crystal processing. The activity ceased in 1963 because artificial grindstones were becoming competitive and because of danger in extracting raw materials. Another example: Rosei Sora Losego quarry opened in 1959 thanks to the Prest brothers, whose family had owned the land since the second half of the 19th century. The brothers stood out for diligence, professionalism and competence. They supplied the Fadalto Alto furnace which produced lime, in a boom period for the construction industry.

The history of stone in Belluno does not end here: some “heroes” are keeping going, despite difficulties and internal and foreign competition and the current economic trend. In the next sections we are going to analyse these subjects and the characteristics of the stones in depth.

Photos of our history 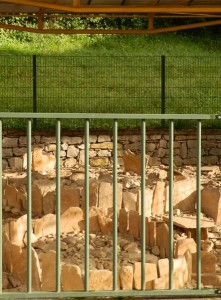 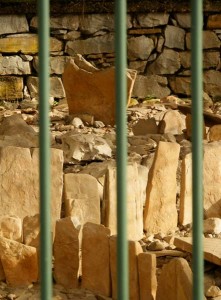 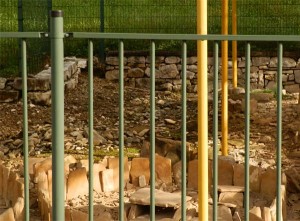 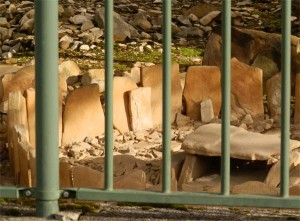 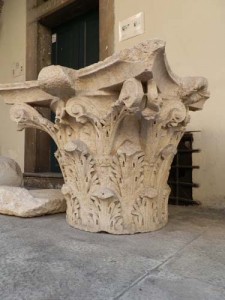 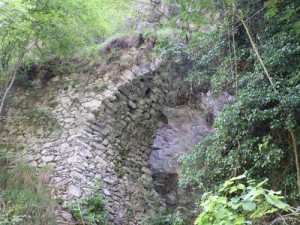 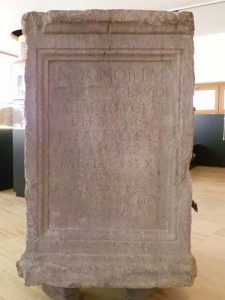 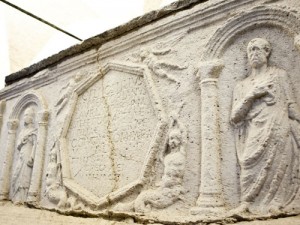 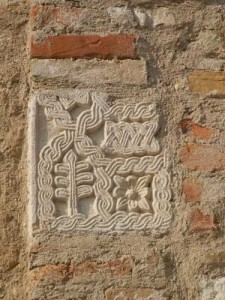 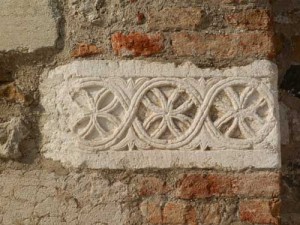 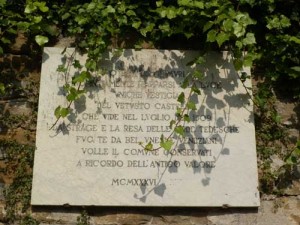 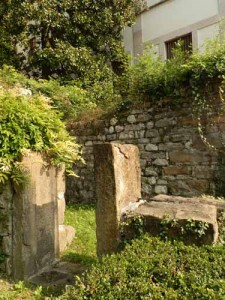 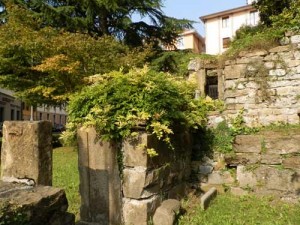 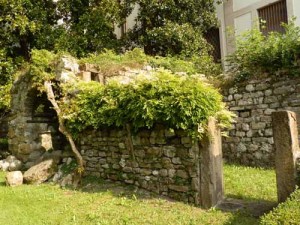 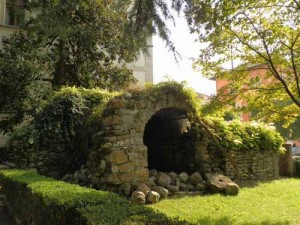 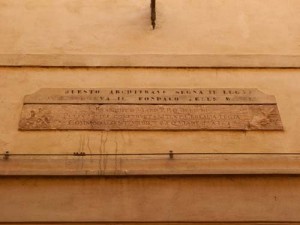 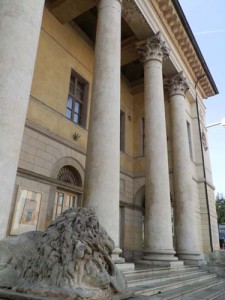 Go to news and download the publications of the Belluno stone