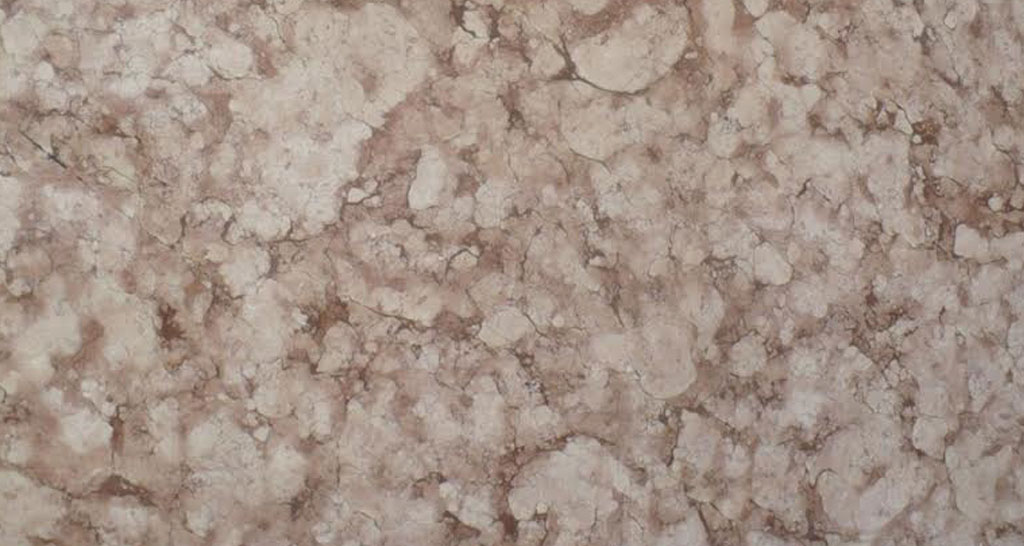 Currently, “Castellavazzo stone” is extracted in Olantreghe, on the right side of the Piave Valley, at about 600 m above sea level. Also called Castellavazzo Marble (it is a polishable limestone), this stone historically represents one of the main if not the main variety used in Belluno and nearby. It is made up of layers of modest thickness (about 10 m), within the succession of stones characterizing the Castellavazzo area and reaching about 850 m in thickness.

Lithostratigraphy (see Italy Geological Map, 1:50.000 scale, sheet 046 Longarone): Biancone Formation on top, followed by the Scaglia Rossa Formation above and by the Ammonitico Rosso Superiore Formation at the base, all of them dating back to Cretaceous and with the following lithological characteristics.

In detail, Castellavazzo Marble consists in a succession of reddish or greyish nodular limestones, with thickness varying from 1-2 m to 9 m max. A characteristic making the stone pleasant-looking (as it is used for decorations), knots originating from physical processes on sediments deposited in the Cretaceous era.

We distinguish two orders of knots: the first originated with the sediment (syngenesis); the second originated after the lithification (physical-chemical processes which transform the sediment) due to pressure-dissolution phenomena (diagenesis). On the sea bed calcareous slimes rich in microfossils (pelagic organisms) were deposited, and then other deposits with moderate terrigenous fraction alternated, forming a sequence of calcareous levels and thin marlstone layers. The levels had different densities. This triggered gravitational phenomena which remixed the amalgam and rebalanced the deposit characteristics, generating a new one, with micrite mud folds isolated by a marlstone sheath. This series of processes determined the first order knots; some billion years later the deposit’s already lithified fine fraction dissolved under the effect of the lithostatic burden and generated the stylolithization rims (a characteristic notching substituting the original joint between layers). Castellavazzo stone is found in two varieties distinguishing themselves for different pigmentation: red and grey. The red variety generally occupies the lower layers, while the grey variety is found in upper layers, in stratigraphic continuity.

The original description made by old stonecutters, quoted by DE VECCHI G. (1962) is interesting: they called the single layers “corso”:

If you liked what you saw hire us