This stone has been used since ancient times: it was greatly used in the past and it is significant that it has recently been used to restore historic and architecture buildings, for example Palazzo Fulcis (with Rosso Secca and Cugnan floors) and Palazzo Bembo where the old check-board floors have been restored with Rosso Secca and grey Cugnan stone, while columns, arches and staircases are made of Castellavazzo stone. In the past Rosso Secca was used in the house for lintels and windowsills.

For thresholds and widowsills stone slabs were used which were easily found in the surroundings, such as the red scaglia. Windows were made of stone in houses close to quarries, such as in the Alpago area; in this area Rosso Secca and white Cansiglio stones were usually used. The window frames were sometimes made of timber and the openings were splayed, so that the shutters could open wide.

Rosso Secca is beautiful if cut with a saw, while other stones need to be finished; moreover, it is one of the few stones resisting to flaming and frost. Flaming enhances the colour and makes the stone interesting: it could be easily used in new architectural projects, in façade frames on a plastered background. It is used for indoor and outdoor flooring: the natural roughness does not need additional finishes. It is also used for coatings, jambs, windowsills, staircases, fireplaces and other elements. 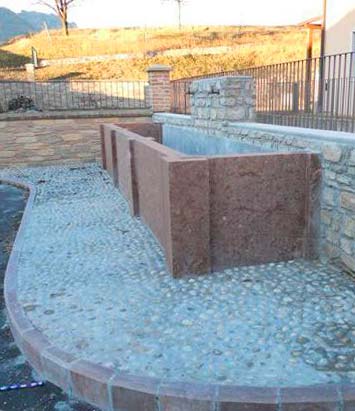 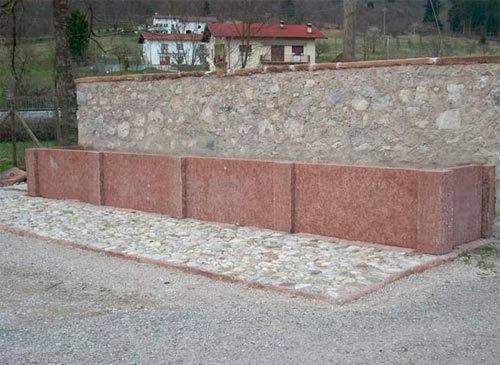 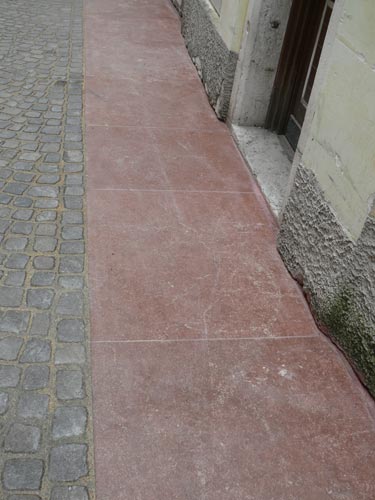 Detail: the new pavement integrated with the old one in Via Mezzaterra, Belluno. 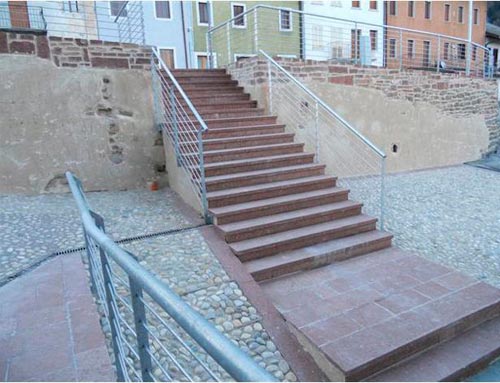 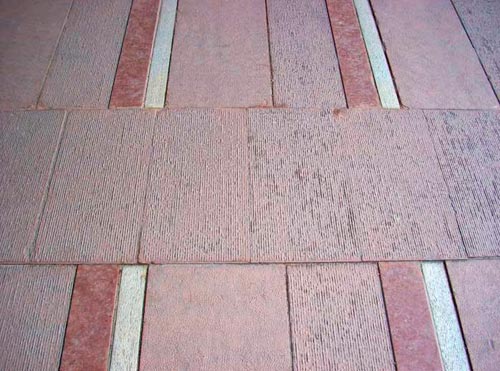 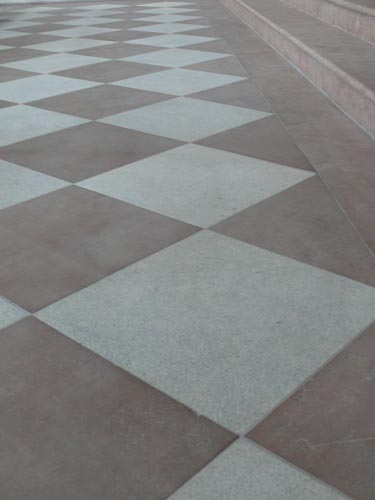 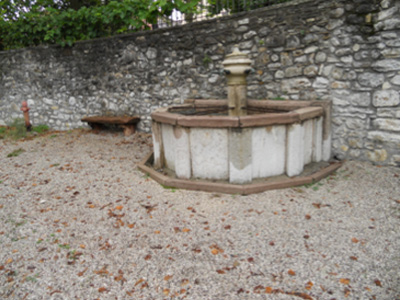 19th-century Rosso Secca fountain with bench, via I novembre, Belluno. 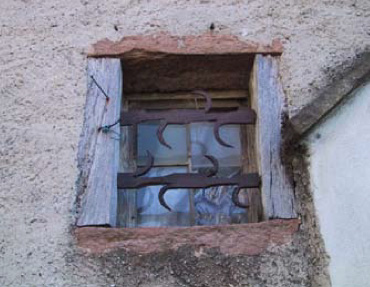 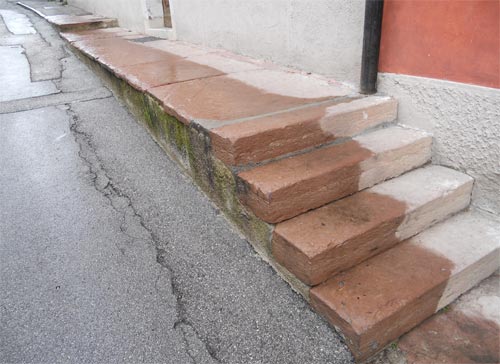 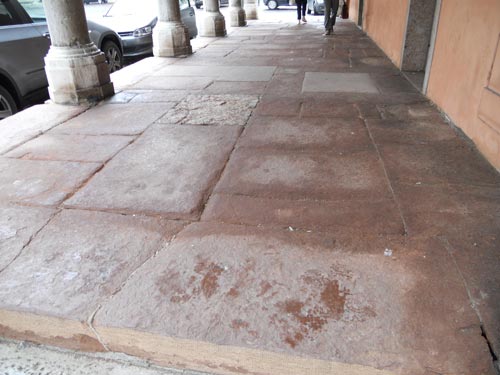 The portico pavement opposite the Cathedral, Belluno. 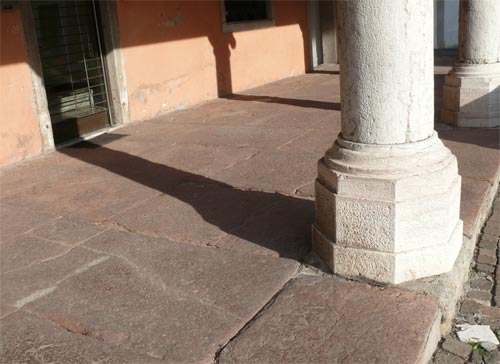 Detail: the portico pavement opposite the Cathedral, Belluno. 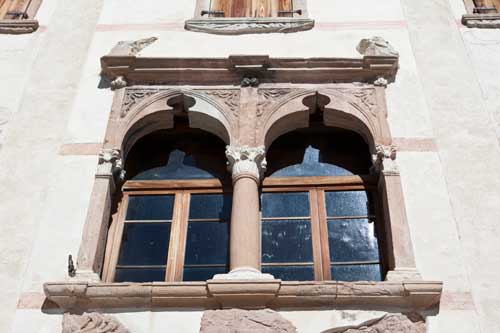 For an analysis of the features of the material go to the Rosso Secca stone technical page.